It’s no secret. Entrepreneurship has been in fashion for a while now.

This has been facilitated by the proliferation of the internet, the explosion of successful companies coming out from Silicon Valley and other startup hubs, as well as the major changes happening in the way people work (shifting away from corporate jobs).

There has never been a better time to start your own business, say goodbye to abusive employers and make your own destiny.

I truly believe that we live in the best era humans have ever lived in.

The problem is that lots of people get enamored with the idea of becoming an entrepreneur, or a “startupper” or whatever you might want to call it.

They launch a project (perhaps a website, or a mobile app) and then spend time reading the latest tech news websites, attending startup conferences, updating their social media profiles to “CEO/Founder” and claiming that they are going to “change the world”. Right.

The thing is that the ultimate purpose of a business, and consequently of its founders and owners, is none of the above. It is something much more mundane and pedestrian.

If you are a regular visitor of this website, you probably have already guessed it:

For this reason, I would like to use this post to share my thoughts about this phenomenon, but also to discuss how aspiring and fledgling entrepreneurs should approach the world of business.

Value of a Business

Let’s start by considering what value does a business have, in other words, what a business is worth.

In his book, “Zero to One”, legendary entrepreneur and billionaire investor Peter Thiel mentions:

“The value of a business today is the sum of all the money it will make in the future.”

Straight and to the point, it leaves little room for misinterpretation. The value of a business is the cumulative amount of money that is going to generate during its lifetime.

So, isn’t it about pageviews, Facebook likes and entrepreneurship awards? Nope, it is about cold, hard cash.

There are also a few subtle things that we need to pinpoint.

The first is that, due to the time value of money, we need to discount those future cash flows to their present worth. The reason is that a given amount of money today is worth more than the same amount in the future.

The second is that, in order to capture all of these cash flows, your business has to actually be alive in the future. This is very important and highlights the fact that truly great businesses stand the test of time.

Based on the above, it is quite obvious, but I will go ahead and explicitly mention it:

If your business is not going to make any money in the future, it is practically worthless.

This might come as a shock to lots of people who are used to optimizing for vanity metrics (like the pageviews, likes and awards I mentioned earlier), instead of building core value for their business, something that is going to help them stay alive and generate strong cashflows in the future.

There are only a couple of “exceptions” to this “rule”, i.e. companies that are valuable without generating any revenue (yet).

The first one is that a company can also be extremely valuable if it commands the attention of lots of people (think social media websites etc.).

The second one is when a company holds or has developed some kind of proprietary technology that is superior to everything that has come before and thus is very valuable to the market.

Many times, these two are blended in, creating businesses that are truly one of a kind.

Based on that premise, we see major acquisitions of companies that do not generate revenues yet, but it is obvious that they will do so at some point in the future.

Some notable examples are Facebook buying Instagram for $1B and Google having bought Youtube for a similar amount. By acquiring those “revenueless”, yet highly valuable assets, both Facebook and Google were able to monetize them in an immense way, and generate insane returns on their investments.

Lifecycle of a Business

Having discussed where the value of a business lies, let’s go ahead and discuss its lifecycle.

For the purposes of this post, I will be using the following rudimentary framework: 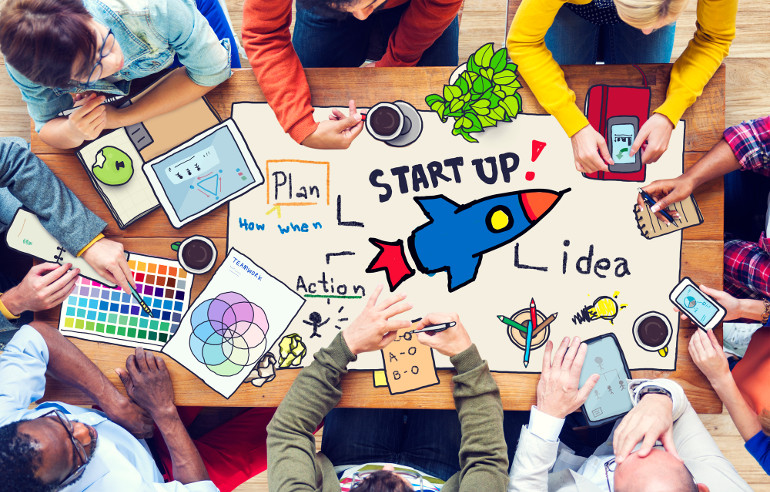 In the beginning, nothing exists other than the idea that the founder has in his or her head. Although there are definitely brilliant and stupid ideas, the idea on itself is not worth much.

An idea is just a mental construct that has not yet manifested in the real world. Unless you are able to execute against that idea, bring it to life and build a business around it, it is worth almost nothing.

The next step of the process is to validate your assumptions by implementing a Proof of Concept.

This ensures that the technology can actually be built, that there is demand in the marketplace for the solution that you are offering, and that the solution can be delivered by your product in a profitable manner.

This is a critical step because nobody is able to know beforehand how the market is going to react to a particular offer.

The end goal of this approach is to create a product or service with as few resources as possible, and then test your assumptions in the marketplace.

This is usually accomplished by building a Minimum Viable Product (MVP) that is offered in the market in order to gauge its reactions.

Assuming that the majority of your assumptions were correct, and that there is actually demand for your product, the next major step is to actually start generating some revenue.

This is very important and serves two purposes. The first one is that each incremental revenue your product generates is an extra validation point that your product is valuable to the marketplace. The second one is more obvious and it is of course the fact that revenue allows your company to stay alive (you can pay the bills with it).

The next major milestone is what I have tagged as “Cashflow”. Again there are a couple of details that we need to discuss.

The first one is that Revenue does not equal Cashflow. Your business might book some revenue today, but actually receive the corresponding cash after months. In the meantime, there might be running expenses that you need to take care of. Thus, it is essential to closely monitor your cashflow and make sure that you do not run out of cash!

During the early days, this might not be possible, but if revenue grows constantly, the business should be in position to achieve positive cashflow. It is a matter of strategy at that point, whether that surplus is reinvested into the business to grow it even more or is distributed to the owners and shareholders so that they can achieve some liquidity and a return on their investment.

Finally, the last point, and the ultimate goal of a business, it to achieve profitability. This is when revenue exceeds all expenses and can be eventually translated to rising cash levels.

The “Profit” part is closely linked to the “Cashflow” one. As I mentioned, an entrepreneur might strategically choose to forego profitability for an indeterminate amount of time, in favor of reinvesting all proceeds back into the business.

In this post, I discussed about what constitutes a valuable business (it is one that generates positive cashflows for long into the future) and I provided a simple, linear framework which can act as a compass for new entrepreneurs.

It is important to highlight again the importance of revenue generation and of achieving positive cashflow.

So, make sure to throw away any vanity metrics and focus on what really matters in the long term: building a strong and resilient business that will be able to throw off huge amount of cash. That is the Holy Grail of business!