People just love rags-to-riches stories, and this is an amazing one.

As I have mentioned in the past, studying the lives of the ultra-successful people of the world is extremely inspirational and valuable. Whenever I have the chance to delve into the way of thinking of those people, I make sure to grab it.

Lately, I came upon the story of Li Ka-shing, one of the world’s wealthiest people. His life and business journey offer several lessons and insights to the aspiring entrepreneur.

Li has an incredible rags-to-riches story, a testament to being master of your own fate. He and his family fled China for Hong Kong during the Sino-Japanese war. Shortly after, his father died from tuberculosis.

At age 12 Li quit school and started as an apprentice in a factory. By 14 he was working full-time in a plastics trading company. He went on to start his own business making plastic toys and everyday items, and later plastic flowers.

For the next decades, he built a mass empire reinvesting in his business and also betting on disruptive technology. Despite his older age, he was one of the first big investors in Facebook, seeing the vast potential of the company, and being rewarded for that.

A few days ago I watched a great, short interview he had given for Bloomberg. As with the case of LinkedIn’s founder, I urge you to watch the whole interview and after that study further his life.

Here is the overview of the interview:

“An interview with Hong Kong’s richest man, Li Ka-shing. In this interview Li Ka-shing discusses his early interest in business, why cash flow is the most important thing and building his companies, CK Hutchison Holdings and CK Property Holdings. Li Ka-shing also talks of his foundation, Li Ka Shing Foundation, and the philosophy behind it.”

Sounds great. Here is the video embedded for you (courtesy of the great channel Investors Archive):

The interview, while very compact, provides tons of insights and lessons. Let’s run through it and discuss some of them.

Early into the interview, Li states:

“I have always understood that the world changes a lot. Just because you’re doing well now, doesn’t mean you should be set in your ways.”

Li understands that the world is a malleable place that constantly changes. The world of business changes even more dramatically. For that reason, you can never rest on your laurels, enjoying the success of the past.

A lot of business owners have fallen into this trap. They do well in business and then get casual about their ways. They forget their thrifty manners and go on to spend their money on luxuries while neglecting their businesses. Their demise is what then follows, and they often end up worse than they had started.

In your business, you should keep a healthy amount of cash and also monitor your cashflow closely. This will allow you not only to withstand the turbulence of business and even big crises, but also to grab opportunities that might arise because of those.

Li stresses that out:

“I am always very careful with my cash flow. That means I have the extra capital to get into another industry whenever I want to.”

Don’t forget. Running out of cash is one of the most common reasons that companies go bankrupt.

If you have payables that you need to pay now (e.g. payroll, vendors etc.), but you are not to receive money from your customers for a period of time, then you might get into deep trouble.

At the same time, when you have plenty of cash and see undervalued assets in the marketplace, you can pound and grab them to spur more growth in your business.

3) To succeed in life and business you need to constantly learn (03:17)

Well, not much to comment on here. I have always been a big proponent of lifelong learning. Li highlights this:

“When I was young I enjoyed studying… I was working and studying at the same time, so it was a race against time to learn more.”

How can you not succeed with this mentality? It was only a matter of time before he did.

Another great myth of business. You do not need an enormous amount of money to get started. You can start small and scale your business as you gain more revenue, and most importantly, more experience.

“I started my own business in 1950. I only had some of my savings and some money borrowed from my relatives. I had about $6,500 to start my business.”

Today, with the advent of the internet and the proliferation of online businesses, you can start your venture with even less.

Now, how do you get a few thousand dollars? Easy. You work for another person for a short period of time, ideally in the industry that you want to launch your own business.

Another lesson hidden in the quote above is that compounding is a powerful force that you need to leverage. Li started with $6,500 and is now worth over $30,000,000,000. This did not happen of course in a few years, but after enough time compounding led to a vast fortune.

Since he started in 1950, we can calculate that the compound annual growth of his fortune was about 26%.

This means that, on average, his businesses were growing at a pace of 26% year on year. That is admirable, but also shows that growing your business for several years will lead you to becoming a millionaire, multi-millionaire or even a billionaire.

Of course, this is just an annualized figure. In real life, a successful business has tremendous growth during its first years, and then the growth rate declines as it matures. This is also confirmed by Li later on (04:48):

“My business had the fastest growth when I was around 27 to 30.” 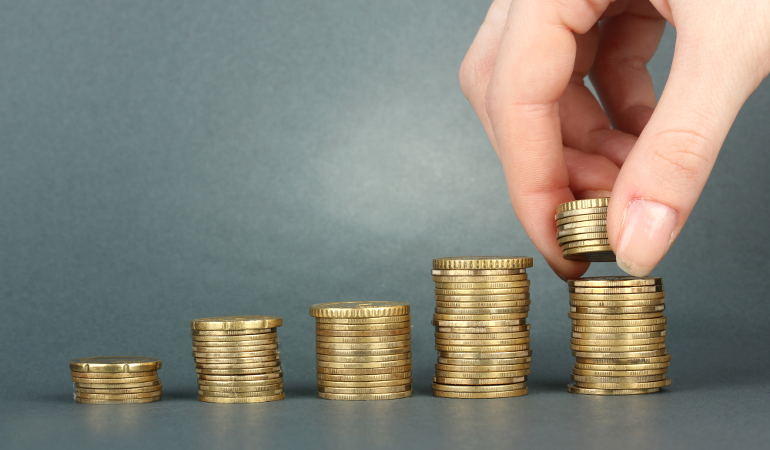 Li’s first business was a huge success and grew exponentially while he was still young. He mentions:

“Actually, before I was even 30, I was wealthy enough that my entire family wouldn’t have to work for the rest of their lives.”

Despite his enormous success, Li did not stop but kept growing for half a century in time. Successful and driven people do not cease seeking excellence and growth, it is how they operate and think.

It is a common misconception that after you “make it”, you will chill in the beach. That seldom happens. Successful people are so passionate that they can’t just stop and do nothing.

It is a paradox that those that dream of “making it” and chilling at the beach ever after, never accomplish anything, while those that accomplish a lot, do not have any interest in laying on the beach all the time.

Another huge lesson here. Successful people make sure that they are the most educated when it comes to an industry they want to attack. They educate themselves, and also make sure to recruit other intelligent people with experience in that field. This is a huge competitive advantage that the average entrepreneur usually neglects to do and is then crashed by the competition.

“Whatever industry I get into I buy books about that industry. That’s what I’m like.”

8) You need to allocate time and energy into strategic thinking (06:05)

Thinking strategically is one of the skills that you need to develop in order to succeed in business. Yet, most entrepreneurs are just involved into the low level, day to day operations, micromanaging their employees and never getting a chance to actually develop a high level plan that will help their business grow.

When Li had achieved some initial success, he allocated time to think about his next steps. He says:

“I was actually spending 20-30% of my time in the factory and the rest of my time devising what I should do in the future. That’s the truth. Up to this day.”

Planning for the future and strategizing your next moves are some of the most impactful and most valuable activities you should engage into. Make sure to allocate enough time so that you study trends, devise your strategy and think about the future.

9) You need to remain humble however successful you might become (07:02)

Remaining humble is something that you should never neglect, no matter how rich and successful you might become. This is the only way to keep good people around you and prosper in life.

As successful as Li has become, he could have been the most arrogant person in the world. Yet, here is what he says on this matter: