Money seems to be the most emotionally loaded concept out there (perhaps second only to religion).

And since people are emotionally driven creatures, with a few spikes of rationality here and there, it is only natural that their emotions are going to lead them to all kinds of financial mistakes that put their Net Worth at risk.

Combine that with a system that is engineered to leave people in the darkness when it comes to financial education, and you have the perfect environment for unintelligent decisions about money.

In this environment, the majority of people is blindly accepting high-risk “gambles” which, on surface, look normal and commonplace, but in reality, are a major source of risk.

Let’s run through some of the most critical ones and discuss their negative aspects.

I have talked again and again about the illusion of job “safety”.

Long gone is the era where you would get a job and you would be relatively certain that you would receive a steady salary for decades to come.

In the modern era of technological disruption, even occupations once considered safe and reliable can be wiped out in an instant.

Did cab drivers see the Uber phenomenon coming? Not even close.

On top of that, there are major trends (like automation) that are going to completely alter the current employment landscape.

“Job safety” existed long ago because it served a specific purpose. Today, it is just a relic of the past.

Another concept that is quickly becoming a relic too, is that of a “degree”.

In a world of open, zero-cost information, spending years of your life and thousands of dollars to obtain a degree seems like a losing proposition.

Few people treat their studies as investments, and if they did, most of them would realize that the time and money they are allocating towards that investment is not justified by the future cashflows that they will generate.

Only a handful of professional degrees justify that allocation of resources, yet millions of youngsters are lining up to attend college or university, failing to plan for what will come after that phase.

Did I personally get a degree years? Yes, years ago, and actually a couple of them (thankfully they were in Computer Engineering).

Would I do it again today with the current status? Hell no!

Making things even worse, students are loading up on debt (that cannot be expunged) to fund those mostly useless degrees.

3) People are trusting their future plans to the government

Another engineered illusion that people fall for is that the government will take care of them when they are older and/or unable to participate in the workforce.

The “contract” is that people pay a lot of money in taxes and social contributions, and then, when they are not able to support themselves, government will return the favor and provide them with the monetary resources to survive.

Well, do not hold your breath.

The truth is that the vast majority of the governments all around the world are in deep debt, and in the coming years are going to massively break their promises of guaranteed pensions and social security.

Again, that used to work in a past era, where people lived much shorter lives, and where automation and globalization hadn’t eliminated millions of jobs. Today, the system is totally unsustainable and the only way to get it back on track, is to heavily cut back on the promised grants. 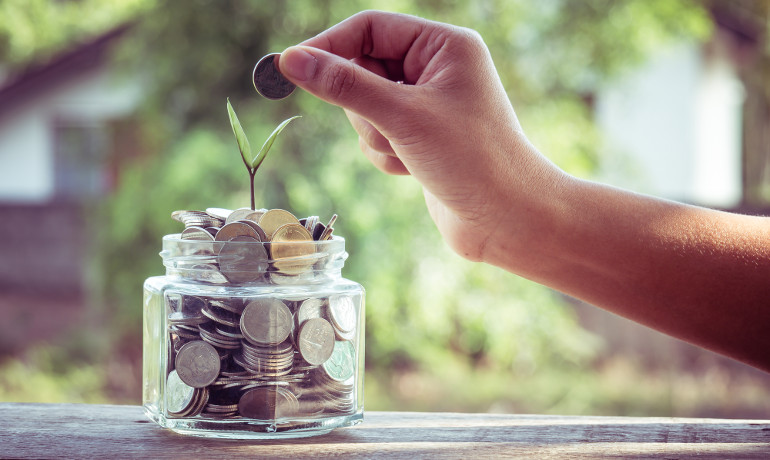 4) People are loading up on consumer debt to fund liabilities

When financial greed is combined with innate human nature, we end up with an explosive mix that is called “consumer debt.”

People all over the world have been indoctrinated into using credit (i.e. debt) to fund lifestyles they can’t really afford, and they end up in “indentured servitude” as a result.

When people do not understand how compound interest works and when consumerism drives their behavior, what you get is a population that lives from paycheck to paycheck, unable to put its finances in order and incapable of achieving financial freedom and independence.

For the minority of people that have the self-discipline to actually save a bit of money, another hurdle has to be surpassed. Unfortunately, saving alone is not enough to improve your long term financial situation.

Now, don’t get me wrong. Saving is mandatory. It is step number one. But it is not enough.

In an era of almost zero interest rates, leaving your money stagnant in the bank means that you are actually getting poorer over time.

The ravage force of inflation is eating away your idle cash, and unless you invest it, you are doomed to have it lose its value over time.

Investing is a totally different (and risky) beast, but in order to get ahead, you need to educate yourself in it and make wise long-term decisions.

The combination of the emotional nature of human beings with a system that works against the financial interest of the masses, leads millions of people to blindly undertake serious financial risks.

We touched on some of those in this article, like the “job security” illusion or the “empty” promises of governments.

The bottom line is that you need to be aware of these risks, obtain serious financial education and invest time and effort to craft a long term strategic plan that will lead you to financial freedom and prosperity.