Home
Money
5 Dreadful Money Mistakes That Will Destroy Your Net Worth
Download my FREE e-book
YES! Send it now!

What is your end goal when it comes to money?

Perhaps you want to become rich and make a million dollars.

Or maybe you want to achieve Financial Freedom as soon as possible and retire early.

Or it could be that your most immediate goal is to escape the Rat Race that you are trapped in.

Whatever your financial goal is, the way to achieve it is by increasing your Net Worth.

Want to get this article as a nice PDF ebook? Download it below!

Net Worth as a Financial Goal

By “Net Worth” we mean the amount by which one’s Assets exceed his Liabilities.

Liabilities are items that we “owe” to other people and include debts or obligations, like mortgages, credit card debt, student loans etc.

Net Worth is ultimately the only meaningful measure of personal wealth.

It helps you figure out where you stand financially in a given point in time. It comes as a result of everything you have earned and spent up until now.

In order to increase your Net Worth, you should earn more, save aggressively and invest sensibly. At the same time, you should be watchful of your “defense”, which is maintaining what you have already created and built.

The problem is that people often make mistakes that sabotage their efforts towards building their Net Worth. The most common reason: a flawed money mindset and their emotions.

Money is a very emotional topic. And humans are very far from rational.

People tend to get emotional when it comes to their finances. Whether they realize it or not, they are heavily influenced by their own emotions. Consequently, they cannot see clearly and, more often than not, make the wrong choices.

Unfortunately, the wrong choices in the game of money can lead to wealth destruction and derail your progress. Sometimes it might even take years before a serious mistake can be reversed. For this reason, you should remain vigilant and proactive at all times.

Having said that, here are some principal ways to devastate your Net Worth. 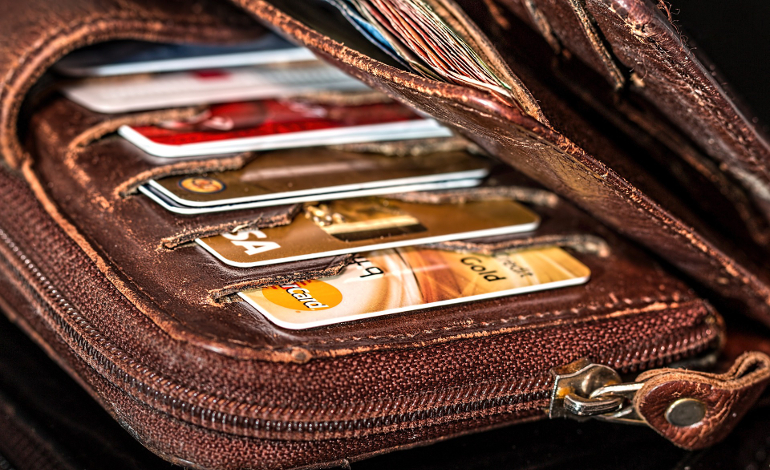 Lifestyle inflation is by far the most common reason why people fail to build up a substantial Net Worth. Whenever people see their income grow (e.g. because of a promotion or a better position), they “inflate” their lifestyle leading to increased expenses at the same time.

This inflation negates the beneficial effect of the income increase. The end result is that people fail to boost their savings even with an elevated income. This is a typical case of flawed money mindset.

It seems that people are wired to automatically grow their expenses as their income grows. Part of that originates from the emotional nature of humans we discussed above. They spend more in order to “feel” better.

Another aspect of this is uncontrolled spending. One of the most important pillars of wealth building is self-discipline. Uncontrolled spending is the utter opposite of this. Driven by their emotions and manipulated by a consumerist society, people are unable to hold themselves and splurge whenever they have the chance.

For example, they will buy a new fancy car they cannot really afford because they want to impress their peers and family, or in order to temporarily forget about a job they hate (totally emotional reasons).

Keep in mind that a good rule of thumb is to purchase a car that costs maximum what you earn in a 2 months period. If you earn $5K per month, then great, you can spend up to $10K for it. Yet people will do the total opposite and go into consumer debt in order to finance their purchase thinking, “It is OK, I can afford the monthly payments”. It is no wonder that the majority of the population is trapped deep into the Rat Race.

Bottom line is that you should think long-term. Next time you get a bump into your income, hold back and figure out what is the best way to use the surplus. It could be starting a side business that has the potential to make you a millionaire or invest slowly but steadily in financial assets. But definitely, it should not be to spend the extra money to gadgets that will offer you a short lived validation.

Debt is often treated as a major risk to an individual’s wealth and financial health. The thing is that debt is just a tool, and can be used for productive or destructive purposes. The difference lies in how it is going to be used.

For example, let’s suppose that you own a business that can borrow money at an interest rate of X%. You are confident that if you invest that money appropriately, you will be able to generate a Return on Investment of Y%, where Y>X (with a bit of a margin to act as a buffer). In that case, it totally makes sense to load on some debt because it will allow you to grow your business faster.

On the other hand, taking on debt to buy a fancy new car is a horrible idea. The reason is that a car is a rapidly depreciating asset (it loses its value as time passes), which also yields a negative cashflow, meaning it costs you money to own it (fuel, insurance, maintenance are only a few of the costs).

An interesting case is that of the educational debt (student loans). In general, workers that hold a degree are getting better compensated than those that don’t. Thus, in the long run, the debt you accumulate in order to fund your education will be a solid investment.

The thing is that you have to make sure that the degree you will receive is one with solid value in the marketplace. As I have mentioned before, only a few degrees are really worth it nowadays (finance, engineering, computer science). On contrary, those that revolve around non-technical skills (literary arts, philosophy and the likes) are very risky since they tend to lead to low compensation or even unemployment. The rest of them lie somewhere in the middle.

Summing up, you need to understand how debt works and be able to identify which is the productive kind and which not. Stay away from the unproductive one, otherwise you will run the risk of getting trapped into the Rat Race. 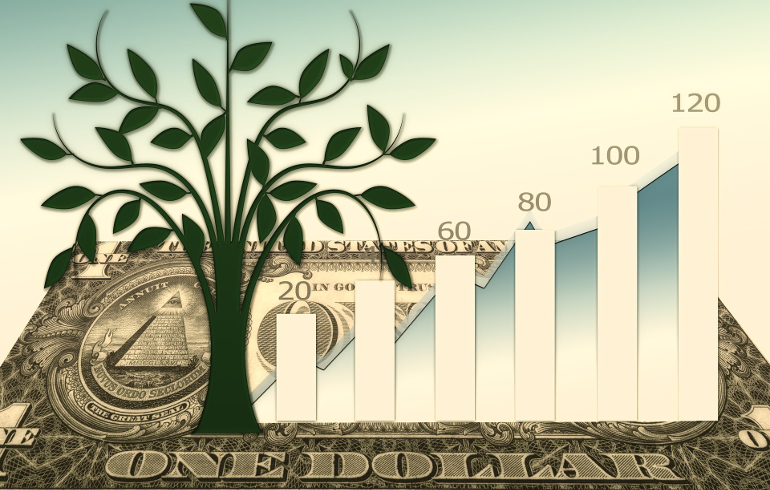 3. Lack of a Retirement plan

No matter what your age currently is, you have to make plans for your retirement. It is never too early for that. Failure to do so will mean that you will not have sufficient income to live during your later years when you will not be capable or willing to work. Some of you might even wish to retire at an early age, making that plan even more crucial.

Whatever the case, you need to have a solid plan that will help you systematically grow your Net Worth by saving and investing judiciously. In order for this to happen, part of your savings should be directed to building a nest egg.

This is a high-level plan on how to grow your Net Worth and then leverage it as an income producing system. Note that if you fail to reach a high figure, it will be difficult to generate a sufficient income off it. In that case, you might have to consume part of your principal something that should only be done as a last resort.

Having talked about retirement plans, there is an issue that I think that needs to be addressed. It is about the pension system (Social Security and the like) as it stands now and in the future. In short, things do not look good on that front.

We were recently having a discussion about retirement and pension plans in the Mastermind Group I participate. When it was my turn to share my thoughts, my key points were the following:

In short, start planning for your retirement because no one else will do it for you.

4. Failure to Leverage your Best Decade

As I have discussed in the past, the best decade to leverage in order to progress financially is your 20s.

During your 20s, you have an amount of energy and stamina that you will never have again in your life. You should direct that energy to building up your knowledge, acquiring valuable skills, networking with influential people and perhaps starting your own business.

This comes in contrast to the popular belief that the peak earnings period for an individual spans from their early 40s to their mid-50s.That might have been true several years ago, when humanity was still in the Industrial Age, but doesn’t apply in the modern Information Era.

During that period, career paths were more fixed and inflexible, and an individual’s earnings were dependent on his accumulated experience and seniority.

The fact is that things change rapidly in the modern world and “seniority” is becoming obsolete as a concept. What matters now more than ever is finding clever and innovative ways to provide mass amounts of value to society. 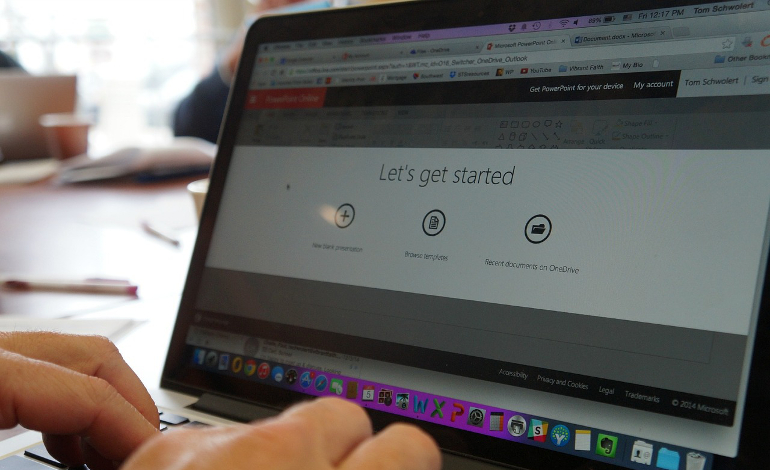 Sure, you should have fun during your 20s. It is a unique decade that you will not get the chance to live again. But at the same time you should making solid progress on the money making front. Build up your skills, provide value and reap the rewards.

Failure to do so will bring you to your 30s, or even worse 40s, with a low (or even negative) Net Worth. At the same time, you will be lacking valuable skills or connections, and your mindset will be more rigid and difficult to change. From there, it will be an uphill battle to build wealth.

The bottom line is this: If you’re not getting rich in your 20s, you’re doing it wrong.

Life is complicated and full of risks, not only money related, but in general. It is impossible to eliminate every possible negative outcome, but we can minimize the various risks in our life by planning accordingly.

For example, starting your own business (after the right research and with the appropriate knowledge) is an intelligent risk. The upside is that the business could be hugely successful and make you rich (unlimited and life-changing), while the downside is that you might lose a little money and some hours of your life if it fails (limited and manageable).

On the other hand, buying insufficient health insurance is a moronic risk. The upside is that you spare a few bucks per year (limited and not life-changing), while the downside could be that you get involved in a situation, e.g. an accident, after which you have to face large medical bills (unlimited and catastrophic).

It is not fun thinking about the negative scenarios that might play out in our lives, but you have to be proactive and hedge accordingly where it is applicable. Otherwise, you are exposing yourself to serious risks that could eventually decimate your Net Worth. 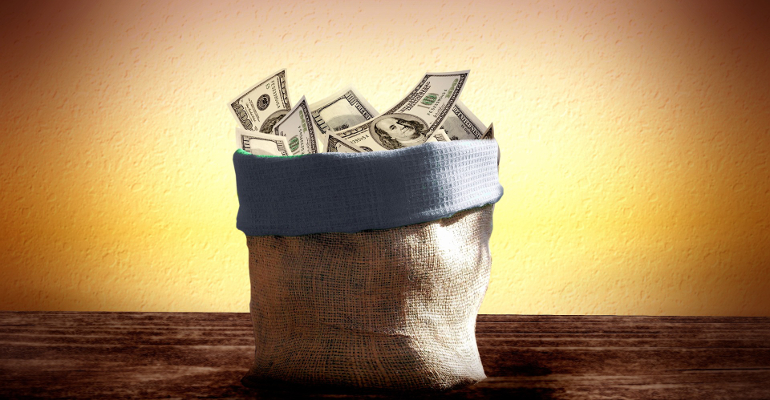 Your Net Worth is essentially a barometer of your financial performance over the years and a measure of your personal wealth. Building it up will allow you to reach your financial goals, whatever those might be.

In order to build up your Net Worth, the high-level process is simple. Increase your income, keep your expenses low, save the surplus, invest judiciously and accumulate assets. Eventually, you will have reached a solid figure.

During that journey, you must remain vigilant and avoid the devastating mistakes that could undermine your efforts. Here are some of them:

By dodging these “bullets” you will increase your chances of financial success manyfold.

We have discussed a lot how to boost your Net Worth, but it is of the same importance to protect it by avoiding the big mistakes that could annihilate your wealth. Be smart, be proactive.