Watching an empire crumble is always a tough spectacle to see.

Yet this is the fate of several business empires that failed to adapt and, as a result, came crushing down. In today’s rapidly changing world, remaining agile and flexible is mandatory in order to survive and keep thriving.

I recently stumbled upon an article on a local newspaper that told the stories of multiple businesses that, after years of reign, lost their “golden touch” and faced a massive decline.

These were businesses and business groups that were founded and operated in my home country, Greece.

They had to shrink down from their initial enormous sizes or even applied for bankruptcy. The majority of those were family based, something that we will discuss in detail later on.

We will analyze some of the mistakes that they did, that caused them to downsize or even dissolve.

But first of all, let me give you some context in order to properly understand the backstory and the environment of the past few years.

Before and after the Olympic Games of 2004 that Athens hosted, the Greek economy was expanding fast, fueled by cheap credit and a booming local market. These were the “Golden Years” that were of course accompanied by lots of money mismanagement both by individuals and companies.

However, in the aftermath of the global financial crisis of the 2008 era, Greece was hit hard by the credit crunch and global recession. The cheap credit that our governments were used to (in the form of government debt) was gone and Greece had to be put under the “custody” of the IMF and the EU in order to keep servicing its obligations.

This fact, combined with a series of erroneous decisions by the governments thereafter and extreme austerity measures, led to devastating results. Since the beginning of the crisis, the country GDP has shrunk as far as 26%, unemployment rates have hit almost 30%, the stock market has collapsed losing more than 90% of its value and the real estate market value has dropped 50%.

Make no mistake, this is a deep depression that we are talking about (and not a recession) similar to the depression of the late 20s in the US.

In this context, businesses that originally had thrived during the boom times, and obviously thought that things would remain like that for ever, were caught by surprise after the local economy went “from hero to zero” in a short time span of less than a decade.

Structural problems that were hidden by the expansion during the good times, now made their appearance and forced the businesses and their owners to make some tough decisions.

Some organizations managed to barely save course and our now struggling to survive, while others had to completely halt operations leaving thousands of people into unemployment.

In many cases, large amounts of debt and unmet obligations were left by the failed companies. And on top of that, business owners that were accustomed to living the “good life” all these years were not able to downsize their lifestyles and even lost their personal fortunes.

Let’s see what lessons we can learn from all this turmoil and mayhem. 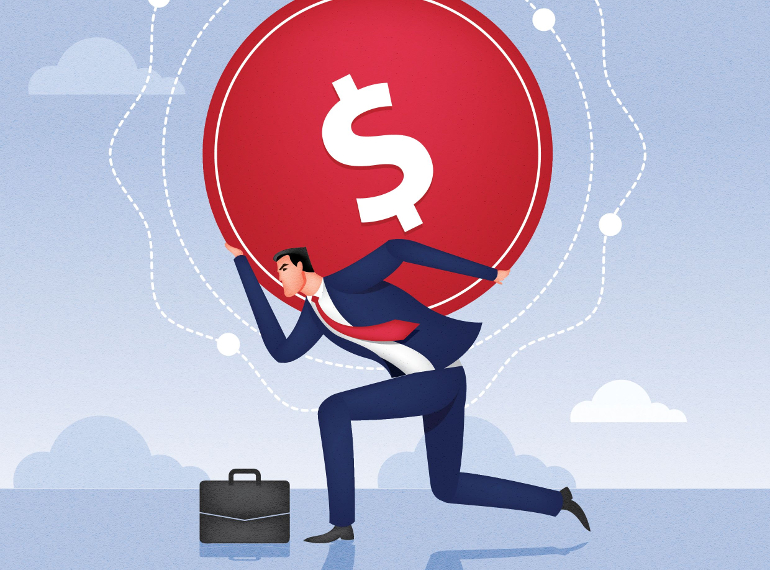 1) You do not mess with the Government

As I mentioned, lots of the businesses failed leaving behind enormous unmet obligations to suppliers, employees, customers and others. This is to be expected to some degree. Not all business ventures go well, and sometimes those that don’t, crush without being able to fulfill all their commitments.

However, there is one entity that you should never keep hanging: the Government.

I am not sure how the international law goes, but in Greece, not servicing a Government or state debt is a big “no-no”. A lot of the business owners actually went to prison (or are being looked after by the authorities) due to debt towards the state.

This is a bit ironic since oftentimes the government acts as a huge leech that is the one that actually pushes a business to the edge, but these are the rules of the game and business owners have to play along.

2) A “Sidewalking” mentality is lethal

In the highly recommended book “The Millionaire Fastlane”, author MJ DeMarco talks about “Sidewalkers” a specific category of people whose money mindset is totally messed up and as a result their whole lives are put in danger.

Sidewalkers are the people that have no financial plan and are living “paycheck to paycheck”. They are unable to save money and their expenses are always up to the level of their income. Often, their lifestyle is subsidized by credit card debt.

Now, what is interesting is that this mentality does not only appear to poorer individuals, but also to those that are enjoying high levels of income. It does not matter if you make $100,000 a month, if you are spending $110,000 at the same time.

This is the reason that NBA players, famous actors and lottery winners come to lose their money.

Well, guess what. Business owners can be Sidewalkers too. Especially, when you are operating in prosperity for years, you stop being vigilant and slip away.

This can be devastating.

A lot of business people fell into this trap during the period I am talking about, and lost both their businesses and their personal fortunes that had made years or even decades to accumulate.

A “sidewalker” mentality can be fatal and should be spotted and avoided. You have to properly cultivate your money mindset and adopt a cautious, vigilant approach when accumulating your fortune. Wealth is hard to built, and sometimes even harder to be kept. You have to be proactive so that you can withstand the hard times that will inevitably come.

After building a strong business within a specific domain, a lot of the business owners started making big bets outside their core competency, expanding into new industries. This usually came organically, and with great caution and meticulous preparation. Oftentimes though, it happened in a rushed way with little planning.

For example, a retailer would get involved in real estate and construction without having the deep expertise and connections that are needed. Or you would have a real-estate developer making heavy bets on shipping or banking.

When the crisis started unfolding, the first businesses to be hit were those that were not the “primary” ones. They started losing money fast and acted as “black holes” sucking up the capital that the initial successful businesses had generated. This had a domino effect that lead to both companies failing.

Expanding outside your main industry can be a risky proposition. It has to be done after careful planning and after laying on the right groundwork. Additionally, if the new venture seems to be failing, it should be swiftly killed, before it starts impacting the established one. Do not throw good money after bad!

Now this seems to contradict the lesson above, but hear me out. Sometimes you might be forced to diversify due to the fact that your main business operates in a dying industry or in an industry that is going to shrink during the next years.

For example, several newspapers failed to diversify quickly to digital publishing, and as a result they lost precious market share and are now slowly dying. At the same time, owners of construction companies latched on to their businesses during times that the local real estate market was crumbling down.

Sometimes you don’t wish to diversify to other industries (since it can be risky as we mentioned above), but the business environment might force you to.

You might need to shift your resources (capital, business expertise, connections, human capital, etc.) towards a different direction and expand to an industry you never thought about.

This can be an emotionally difficult decision to make. Often though, it is the only way to protect your fortune, your employees and partners. 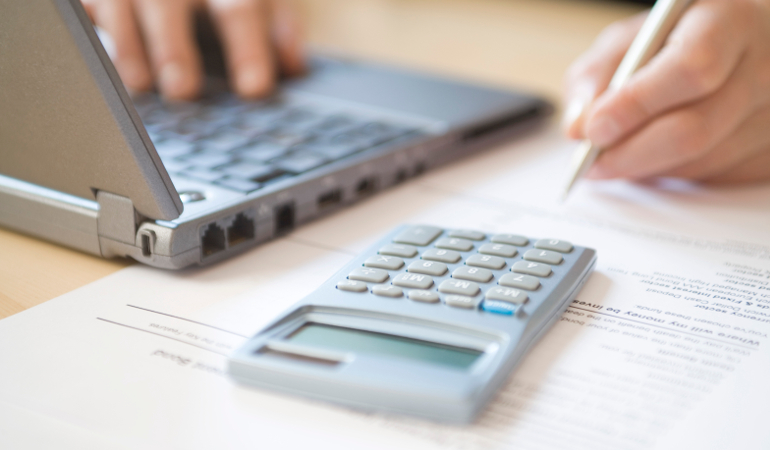 This is a phenomenon that is quite weird to me but undoubtedly occurs very often.

A lot of companies fail because their business owners do not know their numbers. This usually happens when the founder of the company is not a business person, but rather an artist, an engineer, a designer or a sales person.

These people do not understand the mechanics of business and are usually consumed by their own craft. As a result, they are unable to model out the operation of their business into numbers and they can’t track the flow of money within the company.

As you understand, this is extremely risky for the business venture. As a business owner you have to understand the nuances of accounting, finance and commerce.

Now, I am not saying that you should become an accountant, this will not be the best use of your time indeed. But you should be able to understand the numbers that drive your operation so that you can adjust course when things start going towards a dangerous direction.

6) Protect the business from family affairs

A lot of businesses start out as family operations and the equity of the company remains within the members of the family even for generations to come.

There are some benefits to starting a venture with members of your family, people that you trust and know. However, due to the very nature of the relationship, things can get emotional at times. When this happens, rationality goes out of the window and bad decisions are made.

On top of that, it is possible that family and personal issues start creeping in and affect the business relationships of the people involved. This rarely plays out well.

These scenarios transpired with several family owned businesses during the crisis. From fights between parents and children about the company’s helmet, to failed marriages that impacted the performance of the business, multiple empires were wiped out due to family affairs.

This is an issue difficult to tackle. Personally, I would be very cautious starting a business with a family member. You will have to set strict limits and boundaries, and make sure that communication remains open at all times.

7) You have to keep up with the ongoing trends

This is the most important lesson to remember.

The majority of the companies that we are talking about crashed due to the failure of their owners to stay ahead of the trends that were developing.

Businesses did not see that the world is moving online, so they failed to invest in digital media and e-commerce.

Businesses did not see that the real estate market is going to collapse, so they failed to diversify to other industries that did not shrink that much.

Businesses did not see that the local market is heading towards a deep recession and depression, so they failed to expand to international markets.

As a business owner, you need to keep up with the trends that are unfolding around you. You have to be on top of things and always aware of the changes in the business environment. Otherwise it is almost certain that your business is going to fail.

The only constant in life is change. And failure to adapt to the change that will inescapably come, is often the reason that businesses are led to collapse.

It does not matter if you have built an empire that seems invincible. Unless you take the right precautions to protect it, the fall will be inevitable.

In this article, we discussed about businesses that grew to gigantic magnitudes but then came crashing down. We also examined the lessons one can learn from these failures.

Remember, building wealth can be hard. But keeping it might be even harder.